Sickle In The Dry Dock

Although we are delving back several months, I will endeavour to add a few posts about the time we spent with both boats a Brinklow Boat Services in late October.

The principle reason for our trip was to get "Sickle" docked for a survey.

Perhaps not unsurprisingly for an 80 year old boat that British Waterways was once intent was only for for scrapping, the survey has revealed that some replating work is now required, although fortunately not in huge amounts, and much of "Sickle" was declared to be in otherwise excellent condition.

Brinklow Boats did not have the capacity to do the remedial work at this time, so some quick repairs were done on the areas identified, including a couple of small temporary patches on a couple of localised areas that were thin.  We are assured she will be fine until we can get her out somewhere to have all necessary work done fully, so she was given a coat of blacking, and eventually refloated.

Strangely although "Sickle" has already been docked twice previously in our ownership, o both occasions we have not actually been able to be present.  This has been our first opportunity to see her out of water, and to do things like examine the propeller, and check its sizing.  (On which point we have been advised it is "industrial strength", and very much more solid than even the best modern produced props - although visibly an odd shape on at least one of the blade tips, presumably just through hard use, we have been advised there is very little point in doing anything to it at all).

These pictures really fail to capture just how shaped this boat is underwater compared to most, and in particular don't really show just how significant the round chimes are. (For the uninitiated the chines are the transition from sides to bottom - in "Sickle's" case formed curved plates of maybe 9 inches radius, whereas most boats effectively just have a more or less right angled join). 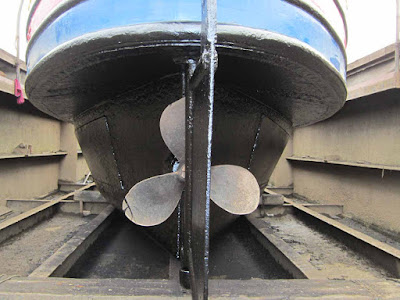 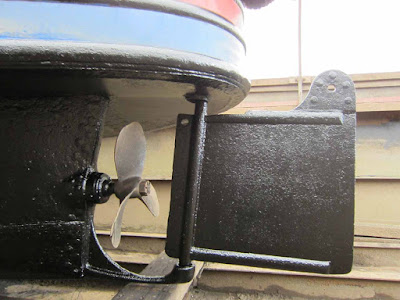 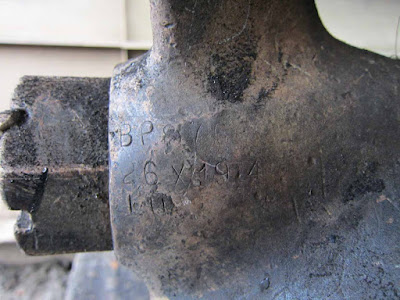 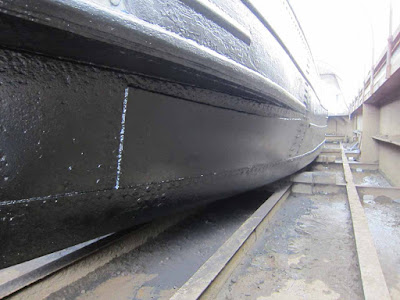 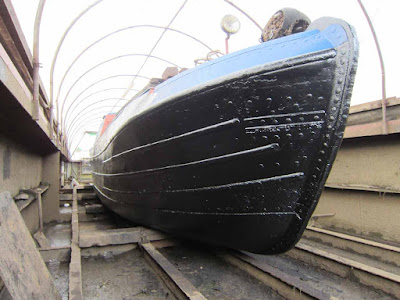 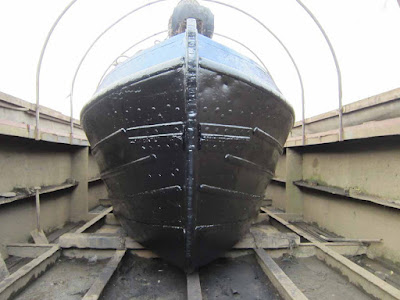 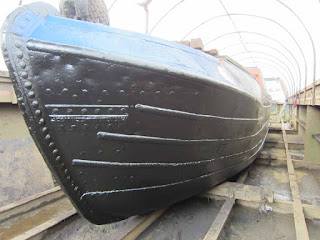 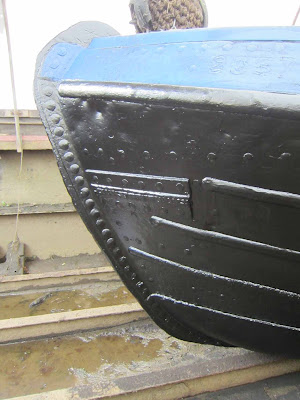 We have (finally!) been alerted to the fact that many people have been unable to post comments on this blog. (It seemed a bit odd, as people used to, but it has stopped occurring). We have changed some settings, so hopefully now possible again. Comments will be moderated, and you will need to enter word verification.

Selected Old Posts From This Blog